Hoenig
theatre
artist
scholarship
Awardees can receive up to
$ 4,000
Are
you
serious
about
theatre
Hoenig Theatre Artist’s Scholarship has year round enrollment—apply anytime, there is no deadline! The goal is to assist artists at different stages of their career in Theatre and Theatre Arts. Numbers stipends are awarded throughout the year.
‍
It’s easy to apply, just tell us:
who you are;
where you’ve been; and
how you want to use the scholarship?
WHAT
IT
TAKE
TO
QUALIFY
You must have at least completed the second semester of your college junior year.
You must be in or pursuing a degree in Theatre or Theatre Arts.
You are passionate and dedicated to your craft.
Actors, directors, designers and stage managers are welcome to apply. Along with lighting, costumes, and set design.
You should be able to demonstrate financial need.
WHAT
YOU'LL
NEED
TO
APPLY
An application cover page and personal statement.
A copy of your resume (including performance history, academic training, and work experience). Transcript is optional.
Two Letters of Recommendation from professionals with whom you’ve recently worked.
Video submissions are welcome.
HOW
WOULD
YOU
USE
THE
STIPEND
SCRIPTS
Do you lack scripts, scores, or design tools that would help you better understand your craft and enhance your performance?
INTERVIEWS
Do you want to freshen up your wardrobe for auditions, or save time by taking a faster trip to your next interviews?
LESSONS
Do you wish you had the additional class in Shakespeare or dialect or design to improve your basic understanding and skills?
HEAD
SHOTS
Do you want to upgrade your headshot with a professional photographer?
NO
TUITION
There are numerous scholarships for tuition, this stipend is intended to offset other costs and expenses.
MEET
OUR
PREVIOUS
RECIPIENTS
Previous student recipients have been enrolled in
Theater, Musical Theater, Costuming, and Set Design,
to name a few...
2022
Kayodè Soyemi
Samantha Estrella,
J.J.Sutton,
Emma Cunningham,
Emily Cantwell
2022
Sara Haider,
Khalil LeSaldo,
Summer Mays,
Orlando Rivera 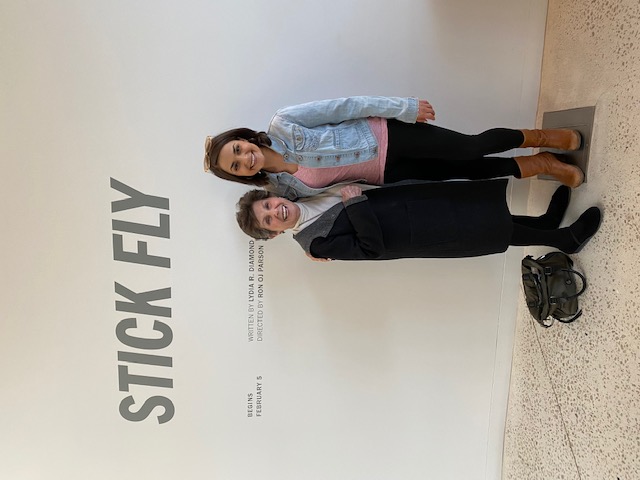 Kayla Raelle Holder, 2015 recipient, recently appears in Writers Theatre (Glencoe, Illinois) production of Stick Fly, by Lydia Diamond, in the role of Kimber. The entire cast received great reviews but unfortunately needed to close due to the Corona-19 virus.
2020
Jun
MELANIE OWEN DIRECTING
Melanie Owen, 2017 recipient, is the directing apprentice at Portland Playhouse in Portland, Oregon.
2020
Jan
HÉCTOR FLORES KOMATSU TOURING AROUND THE WORLD
Héctor Flores Komatsu, our 2015 recipient, directed Andares, a play about lives, ancestral myths and culture of the indigenous people in Mexico––where it premiered in 2016. It also presented in Chicago, San Fransisco, and, most recently, New York.
2019
Sep
BEN BARKER LEADING NEW TALENTS
Ben Barker, our 2013 recipient, directed the talented students at The Chicago Academy for the Arts in King Lear in the 2019 Shakespeare Festival, and performed as Willard in Footloose at the Marriott Theatre. Ben recently took on the role of Jack in Into the Woods at Writers’ Theatre in Glencoe, IL.
2018
Apr
ANNA EILINSFELD PERFORMING IN PRETTY WOMAN
Anna Eilinsfeld, our 2007 recipient, is presently a performer in Pretty Woman: The Musical, which was open in Chicago and went to New York in the summer. She is also appearing on Crest toothpaste TV commercials.
2017
Mar
FRANZESCA MAYER AS WARDROBE SPECIALIST
Franzesca Mayer, 2012 recipient, is Wardrobe Specialist at the Oregon Shakespeare Festival and works freelance making wedding gowns and doing alterations.
MEET
OUR
Board
MRS. ANN
HOENIG

Ann is a business owner, entrepreneur and founder of the Stephen M. Hoenig Memorial Actors Fund.

Jonathan is the portfolio manager at Capitalistpig Hedge Fund, LLC. He is the author of numerous books on finance and investing and can be seen regularly on the Fox Business channel.

Frank is the executive director of the Johnson Family Foundation.  He previously worked at the Polk Bros. Foundation, is co-founder of the arts education nonprofit ingenuity and performed on Broadway, off-Broadway and across the country.

Jason is a filmmaker, theater director and acting teacher based in New York City. His award winning feature films include Putzel and Seneca (premiering on HBO later this year). Jason is also a longtime faculty member at AMDA in NYC, where he supervises first semester acting, acting for the camera and screenwriting.

Murphy started his career as the co-founder of a theatre company in Boston before finding a passion for education.  He spent more than 15 years with Columbia College Chicago leading admissions and enrollment and now serves as Executive Director of the nationally recognized Actors Gymnasium in Evanston, Illinois.

Michael has performed extensively in Chicago, regionally as well as Off-Broadway. A Piven and School at Steppenwolf Alum, Stock is a playwright director and certified practitioner of Lessac Voice and Body Studies.

IN
MEMORY
OF
STEPHEN M. HOENIG

The Hoenig Theatre Artist's Scholarship was established in 1992 by Ann Hoenig and Jonathan Hoenig in honor of their beloved son and brother, Stephen.

Stephen was a theater student in New York when a tragic accident caused his untimely death at the age of 19. He was keenly aware that even the most talented young actors might never get the recognition they deserve because of lack of financial resources. In establishing this Fund, they hope to pass on Stephen's strong spirit and dedication to his craft as well as help another student in the pursuit of his or her dream.

For continuing to support the Hoenig Theatre Artists Scholarship

Donations may also be sent by check or money order to
Hoenig Theatre Artists Scholarship
P.O. Box 14315 Chicago, IL 60614
or
contact us at hoenigtheatreartistscholarship@gmail.com

Gifts are tax deductible as a 501(c)(3)charitable contribution.
All gifts are acknowledged with individual letters to donor.
P.O. Box 14315
Chicago, IL
60614